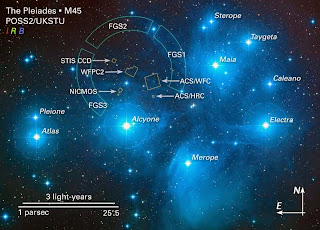 The future of Pleiades is evolutionary. They are always expanding and trying to combine forces. At this current time the Pleiadian Star system is  not far from the constellation Orion. This has combined the two people together. They want to grow and expand their consciousness by mixing the Orion and Pleiadian Consciousness together. They have plans to eventually send some of that consciousness out to other star systems in the form of smaller stars, that are a part of the Pleiades when they finally do combine, and transmit the energy into one big conscious mind. Imagine all of that knowledge, and power that the Orion and and Pleiadians will have, when they finally evolve into a being, of both understandings. What caused this to come about? Firstly, the Pleiadians want to help the Orions catch up. They also want to make large masses of consciousness in the celestials, to finally defeat the Reptillian agenda. Once this happens the Pleiadians and Orions will come to be called the Plerions. I know this from a channeled message from one of the elders from the Pleiadian High Counsel,. This elder who goes by the name of Semerion, told me that even the milky way and andromeda galaxies will one day unite together as one. Many of the collossal forms of consciousness, are doing it through out the Universe. One day all will join together as one large celestial kingdom. I can't disagree with Semerion. Scientists even agreed that Pleiades is floating it's way into Orion, but they say it will be another 250 billion years before it takes place, but Semerion tells me it will take place much sooner than we think.http://en.wikipedia.org/wiki/Pleiades

When I was little, Semerion used to tell me stories of the life there once that I left. Being an Incarnated Angel, I was entitled to have not only a 4th dimensional guide, but also  5th, 6th, and 7th guides too. So, I worked with all of my guides fervently, including Semerion, my Pleiadian 5D guide. He would tell me stories on how everyone wanted peace for Earth so badly. I often felt bad about leaving. Semerion says that one day, many more Orion Starseeds will be born here than ever, so that they can get more experience in helping humankind and their way of life, like the Pleiadians have. I am excited but know that this is my last incarnation here, so I will not get to see it. I will not be going back to Pleiades, as it was merely a training place for me as an Angel, I will instead go back to the Upper realms instead. Hopefully, I will get see more of the changes in our Universe from there.

There is plenty of time before Pleiades and Orion join forces, and many can prepare they way for any others who are coming here to get their learning in before any big changes but we can expect so many wonderful things to take place later on for sure. However, until then, many of the Ground Crew here on earth are planning wonderful things, to make Earth a better place to live on too. For one thing, Semerion says, that we are going send some healing energy into the consciousness of many other the starseeds, who have had less of an easy experience here in their human lives. This will help many to move on, and forward. We also are advocating for some of the Vegan Starseeds, to start opening up and begin giving the humans more knowledge here. Vegans have so much to share, but the reptilians have suppressed them so much, that when coming to Earth, they did not have much trust to just come out and speak freely and openly, about the Universal Teachings and knowing of the Spirit Realms, They could even teach humans how to protect one's self, from an attack from a malevolent being.

We are working hard, with the Angelic Realm. Archangel Michael is making the way for the Universal love, and brotherhood to also be on Earth, among the incarnated Starseeds and Angels too. We all live too separate due to the hardships of the human beings judging and outcasting us. Their closed mindedness, has made it hard for us to even want to embark on this mission. Abiding by the 5th dimensional law of service to others, makes us do it anyway. We are true advanced light beings and know we can not be partial. We must help all no matter what. I am so excited for all of these positive changes, and so much more to come. Hope is the best feeling, and Pleiadians know this feeling best as they help instill it in beings Universe wide. The new Plerion race will be even more positive!
Labels: alura cein consciousness incarnation orion pleiadians plerion soul types spirituality starseeds