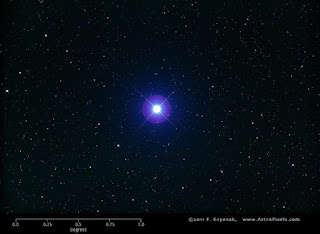 Spica Starseeds, are very rare starseeds. In my work, I have only ever met one or two. It was always a pleasure though. There are three planets, with three species near this star. It is located in the constellation of Virgo. Spica is a binary star, appearing as one, it is actually two. Spica starseeds are of a feline appearance, some are white bodied light beings, and others are human like. The three places each have their own way of doing thigns, their own governments, beliefs, and density. Each planet has its dimensions, and in them realms that exist on each of those planes. One planet in Spica comes from a 5D vibration, and is a world of Feline beings. The second planet houses life on a 4D vibration, and the third planet's inhabitants are of 6D. No one exists on the plane of 3D in any one of those planets.
They have had advanced cultures there for eons. They are very intelligent, sometimes too intelligent. They never miss a thing, not a detail, not a miniscual piece of information. All three races seem to be similar in their traits, but there a few differences of course, being unique in the makeup of their matrix each itself. To sum it up though, let's see what the traits are generally. Each soul will have their own added to those too, if they have been on Earth for a long time, or have had other experiences beyond.

Archangel Raphael is the ruler of the worlds in Spica. There, they are full of wisdom, intelligence, nd are beings who seek truth. They love to speak, and conversate in highly intellectual subjects and topics. If there is not alot of stimulation, they will go into a world of their own. They make the greatest friends as they loyal and you can always depend on them to come through for you. On their planets, they are very helpful people. They care about one another and the higher good of all. Spica starseeds come here to invite others to engage in conversation other than gossip and of worldly things. They try to provoke thoughts of enlightenment, and are very humble. They get very shy around others until they see acceptance is given. They often try to blend in with the crowd and seek someone to guide them on how to. They are perfectionists and often suffer from OCD, phobias and germs, and their obsessive quality makes them a bit of a neat freak. They do not like even the smallest thing out of place. In one of their home planets which houses human like people, they are well organized in their structure of civilization. Everthing is patterned in mathematics. The houses are built next to one another, approximately the same distance away from one another in perimeter. Each house is identical in their layout and dimensions. They all go by color coordination too.  It is extremely routine, as that is how they feel safest. They also find that they live like clock work. they do everything at the same time, during the same time of the day.

On the planet of light beings, they simply exist in the light of perfection. Each being of light has mastered the heavenly virtues and they use it for helping out, not only their own world, but also the others near by. They are angelic and exist in the white and pale blue frequencies of truth.  Going back to the felines and humanoids, they always stick together. in their home. They have their own languages of communication, but they believe that communication comes in many forms like in thoughts, body gestures and actions. they live according to the book there and are very practical in making use of the resources available to them. Even while they are highly intelligent and advanced in their technology and architecture, they still try to conserve what they can for the sake of the planets. Some otherworldly places have one major city in which their villages or towns are built around. In Spica, Raphael has delivered his blueprints to the councils there, so that they could build 7 major cities around their worlds. Two in the North, Two in the South, Two in the East, and Two in the West. Then one in the center. It makes a grid for the light volts from each city to connect to, by connecting to one another. It also creates a force field for higher vibrational beings who need to visit with a message, to come down into through a beam of light. Their worlds do not contain ground life whatsoever. Everyone lives on platforms all around, even the cities are built on them. When they made a decision to send a few souls from Spica, they were very leary of it. Many are very family oriented, and the feminine energy is very strong to where many are closer to their mothers, even though a masculine angelic is the ruler there.  Many seek the love and nururing of their motherly figures.

In Spica with the feline and human like race, they do reproduce as we do her eon Earth. Some do, and others out there in toher worlds, don't. They all have their own unique way of reproducing. Some many would not understand. Here, they have specific traits that relate to their way of the world. For one, they are very sensitive, and very passive people. On one side that is.  Here, their vibration goes all out of whack, as it has adverse effects. Let's have a look...

1. Sensitivity
2. Closeness with motherly figures
3. Very aware of the world around them
4. They see below the surface right away since childhood
5. They tell the truth and seek it above all
6. They love and accept all people
7. They seek friendships with those who are downtrodden to help
8. They live organically and holistically having an aversion ot meat since childhood.
9. They have a mind of intellectual, philosophical thoughts mixed with imagination
10. They are multitalented.
11. They do not carry alot of trust but alot of acceptance for others.
12. They want everything to be done right and perfect
13. They do not like having  anyhting out of order
14. This world gives them alot of phobias and fears to where they do not leave the house much.
15. Their minds are brilliant, full of tons of  mathematical thoughts, analyzing people, situations, problems and solutions, consciousness, psychology, history, science, and the quantum world, as well as theology.
16. They love animals as they are quiet and like to be alone in thought. The world and people are too noisey although they love them.
17. They are always fair and balanced in their decisions.
18. They feel alot of pity and sympathy for others.
19. They strive for success and can be ambitious as they spend alot of time alone in thoughts
20. They love the night time and stars, more so than the day time and sunlight. (felines)
21. They love feeling the vibrations all around them, especially in quiet areas like the woods, or old houses where energy was left.
22. They love exercise, fitness, and also outdoor activities.
23. They have a great appreciation for musical art like classical.
24. They love alot of vibrant colors.
25. They always excell in school and careers due to obsessive focus and concentration.
26. Some are very mystical, into the occult, or just winging it on their own beliefs in whatever moves them.
27. Often writers on the side of their other hobbies.
298. Not very good story tellers, as they are mainly founded in truth, but they do have a vivid creative imaginaiton underneath.

I love the starseeds of Spica, but have only met a few. They are rare indeed, but in truth they are truly kind people whom are meticulous in the fullest definition but they mean well!